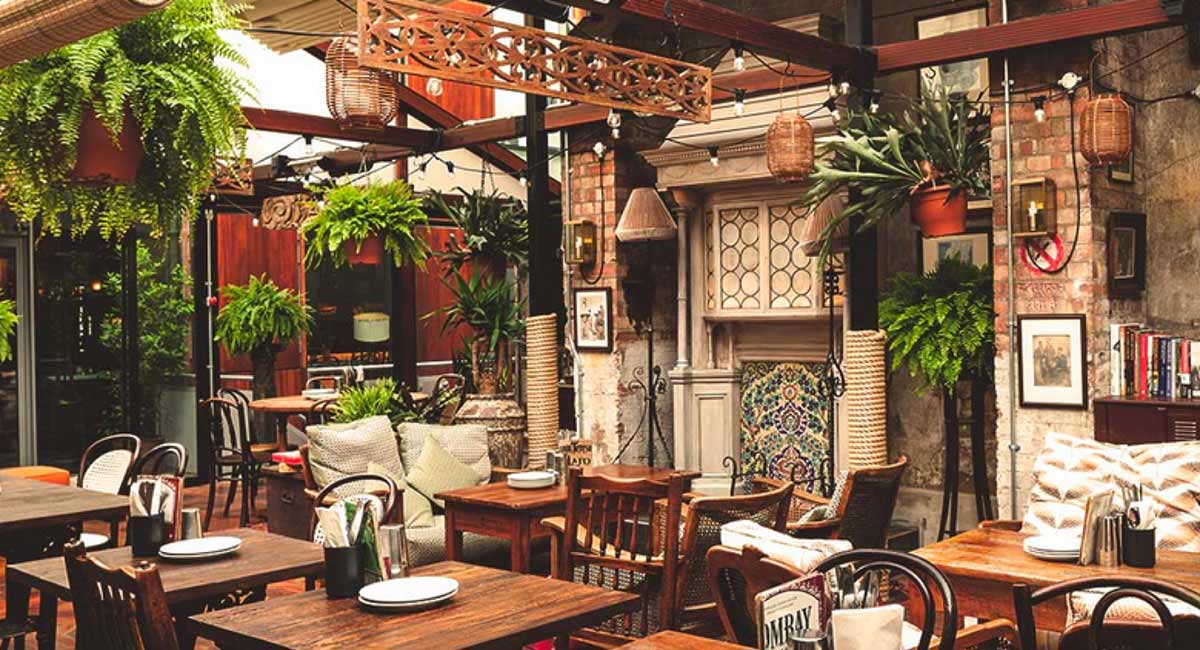 Leaders not knowing everyone’s names and the resulting social awkwardness. Labour-intensive process to find contact details in order to get in touch. No way to identify people that you don’t already know by name.

Favourite feature
Instant access to photos of everyone in the organization

The Times recently announced Dishoom as the 20th best company to work for in the UK. Their secret? A culture of unwavering authenticity – from origin story to menu and decor to investing in a tool that elevates the power of saying thank you.

The moment you walk into a Dishoom restaurant, you know you’re entering a brand experience crafted with love, care and the utmost authenticity. The business has developed a huge cult following for both the quality of its food and the immersive brilliance of its restaurants, which pay homage to the old Irani cafes of Bombay.

When it comes to people-management, Head of People Andy O’Callaghan explains that 50% of looking after everyone is 50% work-based and the other 50% is ‘everything else’. Each year, they run a holistic staff survey asking questions about all aspects of their wellbeing to build a full picture of how they are doing.

‍
Dishoom adopted Names & Faces in July 2019 and it has become an integral part of their culture. “We took ages to sign up for it, probably because I’m a bit of a screwdriver buying stuff and antagonise over if it’s worth it.” says Andy, “But now that we’ve got it in I just don’t see how you could take it out. We love the app. It’s a really great product.”

A facility for learning names

Of Dishoom’s nine hundred people, just fifty are based at head office Babu house. While those working in the restaurants tend to know everyone in Babu house from training and induction – when the Babu house team visited restaurants it was hard to remember names.

“Being able to recognise someone, say thank you, and add their name on elevates that thank you fivefold. It is such a secret weapon, isn’t it, to know someone’s name. On the other hand, if you’ve met someone three times it’s really embarrassing if you end up calling them ‘mate’.”

Names & Faces empowered the executive and HR teams with an accessible, searchable visual list of everyone. Now, they can find out who people are in seconds.

“It started as a senior team thing.” Andy explains, “We wanted to make sure that we were learning people’s names at a far greater rate and, if we were stumped, we wanted to be able to find their name fast. It ended up making such a big impact that others started asking for access.”

No more barriers to finding contact details and getting in touch

What Andy describes as the ‘unglamorous benefit’ is that it’s now much easier to find people’s contact details. Previously, it was really labour intensive - even for the HR team - to get in touch with people as they’d have to go onto an HRIS and find their details but now they can pull up contact details in seconds.

It’s just an Apple product isn’t it? You don’t need training on it, it just works.

An unintended consequence is that senior leaders are doing much more keeping in touch with people. Co-founder Shamil Thkarar uses Names & Faces to reach out to people if he hears they have had particularly good or bad news, which he did bits of in the past but can now can do much more easily. “Names & Faces enables Shamil to ring a dozen people a week about a dozen different things and really keeps him connected. It removed the barriers to getting in touch.” says Andy.

Even if all you have is a face, the tool enables you to know who someone is within moments because of the intuitive, scrolling visual layout:

“If you claim to be a people-focused organization, you need to know people’s names - which is why we needed a directory that worked really well. It is so valuable being able to find someone based on having seen them and an HRIS doesn’t enable you to do that.”

Dishoom has various HR portals, where they in essence already had a directory, but Andy explains that the directories available just didn’t work for what they needed:

“Names & Faces has been a facility for being more intentional about knowing everyone. We know so many people’s names now. I could see three hundred people and know their names and before I just wouldn’t have been able to do that.”

We’re delighted that our tool has helped Dishoom’s senior leaders elevate the power of thank you and look forward to seeing them go from strength to strength. They've closed their doors for the time being as a result of COVID-19 – but their beautiful cookery book is available online if you're experience withdrawals.