An instantly accessible people directory for everyone at Embark Trucks 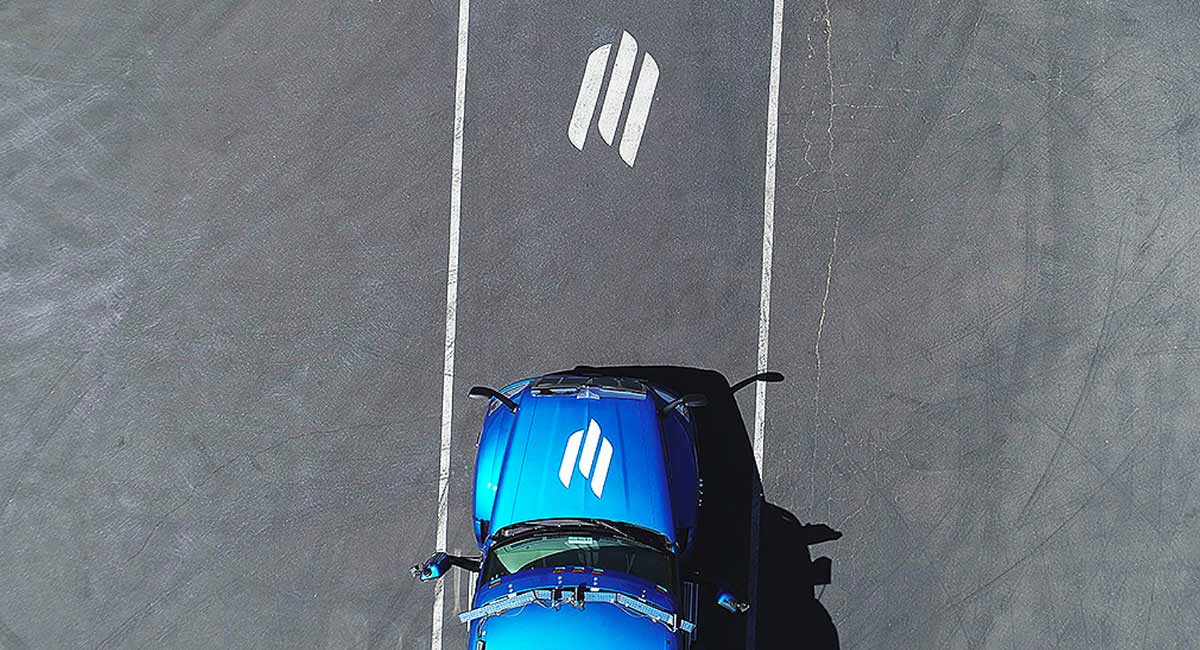 Contact details of the entire Embark team weren’t quickly accessible. Rapid growth made it hard for everyone to know who was who, especially new joiners. HRIS apps stored directories ‘layers deep’ and tended to be bloated and too complicated

Self-driving is a hot space in the Bay area. Embark Trucks is focused on self-driving trucks for highways – a narrow version of the bigger problem – and have trucks running every day between LA and Phoenix.

Embark has raised $117M and completed an autonomous freight run between their purpose-built transfer hubs outside of LA and Phoenix this past fall with no driver interventions. Their team is split between two offices: the headquarters in San Francisco for engineering, admin, and HR with a second office just outside LA for operations and testing––and it's growing fast.

"We’re adding people all the time." says Lead Recruiter Michael Ashbourne, "The company is over three years old and we’ve been doubling every year. By the end of this year we’ll be about 150.”

About this time last year, he set out to find a way to help everyone learn new faces and get in touch fast.

“When the situation arises that you actually need to talk to somebody, having their phone number there super fast is really beneficial. Being able to easily contact anyone in the company is the thing that makes Names and Faces so great.”

Names & Faces has become a key part of Embark’s onboarding process. There’s even a fifteen minute slot on day one allocated for every new employee to have their profile photo taken.
‍
“It’s super intuitive – new employees just sign in with their email and they’re good to go. It requires no training and can be set up in thirty seconds on a phone. It’s easy to explain why it should be an app that takes up some of their phone’s real estate.”

See where everyone fits

Over time, Michael has noticed a shift from when they were about half this size. Back then, the Names & Faces use case was mostly for quickly grabbing a phone number but now that they’ve grown, a new added benefit is people being able to see how teams are organised and where people sit.

“It’s been interesting seeing the shift from when we were smaller - when people knew what teams everyone was on instinctively - whereas now being a bit bigger having that extra data easily accessible is really beneficial.” he explains.

Being able to see the company structure, who’s on teams, where people are located, and getting familiar with ‘hierarchy stuff’ is a big win because they’re at the stage where people care a lot about putting a name to a face and what teams people are on.

“We love it because it’s simple”

Michael has a lot of experience with HR tools and systems. Before Embark, he was on the recruiting team at Shopify for four years, where he helped to grow their team from a few hundred to a few thousand:

“I’ve seen lots of different tools and attempts at tools and companies trying to solve lots of HR and people issues – from very small all the way up to pretty large."

For Michael, Names & Faces stands out for its simplicity and single purpose and because it does what it says it’s supposed to do:

“A lot of HR tools have some sort of team page buried within the rest of the tool but no one is going to install a bloated HR tool on their phone, with finding team members buried in some extra layer. Names & Faces lives up to its name perfectly well.” he explains.

From Safety Drivers to engineers to the CTO

Embark has a diverse team with engineers behind desks at their headquarters and truck drivers in Southern California that are constantly on the go and only reachable on their cell phones. Embark’s CTO and executive team are some of the most active users on the platform, all of who appreciate the tool for its accessibility and reliability, no matter where they are:

As easy as Slack is, it’s not that accessible or simple if you’re not using it everyday – but everyone has a phone. For our truck drivers, their primary communication is their cell phone. Names & Faces is so light and easy. People are comfortable having it on their phone.